A Guide to Killing Rats With Baking Soda

Okay so we have a bubonic problem. Rats are taking over your land and you have vowed to rid yourself of them, for good.

Repellent wouldn’t work, too passive to for a totalitarian win.

Now rather than outsourcing to to a corporate poison, you wonder… “What can i use from within my house to exterminate this vermin?”

Well, the versatile world of home remedies second most popular champion, Baking soda, may have some merit in this field  (Vinegar is getting the gold, of course)

What Is Baking Soda?

Being a naturally occurring product of chemical reactions, sodium bicarbonate has been utilised by civilisations for thousands of years, for an array of uses.

The chemistry isn’t so important to find proof of its value, looking at the einsteinian blackboard equations won’t tell you the story of its use. But, with permission of course, take a look under any sink, cleaning cupboard or baking tin. The likelihood that you will find the emblematic Arm and Hammer containing this substance is very high.

As its name suggests, it’s a product primarily for baking purposes. Its primary use is for expansion and softening of mixtures such as doughs and batters, which it achieves through chemical reaction with acid, known as “Leavening,” or foaming in layman’s terms, to release gas (carbon dioxide).

Other Uses For Baking Soda

Far from being a one trick pony, baking soda is used for a multitude of other purposes, all mainly down to its reactive qualities. Making it a great cleaner for surfaces due to its abrasive and natural qualities, as well as being great for hard to reach places such as drain pipes, where a chemical reaction with vinegar, will chew through most small blockages.

On the other hand, there are studies that show sodium bicarbonate as the potential to slow down or even reverse certain types of cancer in humans. At any rate, baking soda is without question a powerful substance for both “good” and “bad.”

Well we have given you a few clues as to how this method works, but to call it a poison sounds contrary to everything else said prior. A naturally occurring, chemically volatile cleaning agent, which we use ourselves to create our own version of delicious baked poison.

So if we can digest it and live to tell the tale, how can it be used to clear your home

of the rodent tail? That’s where anatomy and physiology comes into play.

When it comes to non-chemical rodent control, baking soda is one of the best alternatives. Excuse the vulgarities, but when talking scientifically, we can’t miss out any details. Unfortunately for rat kind, they have not developed the ability to pass gas as easily as we might. Whether that is because flatulent comedic relief hasn’t been a necessary evolution for rat survival or not is irrelevant, because either way it has a massive downfall in their ability to digest bicarbonate soda, which you may use to your advantage.

Now we know how it works, let’s utilise and transform this knowledge into an actionable plan. Rats are not philistines when it comes to the world of senses, in fact, although their sight may be typically weaker than ours, this leaves room for other senses to heighten and become more relied upon such as smell. Harvard research has shown that the sense of smell rats own is very sophisticated. So to lay a treat that doesn’t smell sweet, to me would seem like a waste of time.

So in order to trick a hungry rat, we will have to take prudence in our bait making.

Poisonous powder to rats, baking soda can literally be sugar coated and fed to rats. Mix well and leave out small portions in the areas of your home that have the highest level of rodent activity.

The most common ingredients of baking soda “poison” are mixed equally, including: 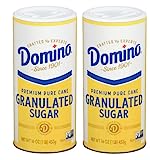 When putting together the infamous peanut butter baking soda poison, be sure to mix the ingredients well to mask the scent of baking soda then make into small balls for the areas that the rats made their habitat. You can place this bait behind the fridge, washer and dryer, and in the attic and basement as well. 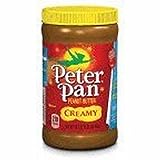 There are so many baking soda rat poison recipes floating around on the internet that it’ll make your head spin. Picking the right one to make can be a doozy. That said, here are a few pointers that will help you successfully whip up a batch of killer baking soda poison no matter which route you go.

Mask The Scent Of The Baking Soda

Whatever you do, make sure that the smell of the sodium bicarbonate is hidden from the rats keen sense of smell. One whiff of an indicator that their tasty treat is tainted before beginning to nibble on it and a smart rat will turn tail and run, leaving the poison untouched. Consider using a smelly ingredient in your mixture, such as peanut butter or cheese.

Not only the smell of baking soda can alarm rats, so can the very appearance, let alone the taste. To avoid tipping off the rat that their mere nibbles from snacking themselves to death (literally), make sure to make the bait appear as natural and even more importantly taste normal.

Rats are smart, cheese and peanut butter don’t simply have a different taste and scent one day. Make sure that you are outsmarting the rodents by preparing something that looks good, smells good, and tastes even better.

One of the biggest mistakes amateurs make is to provide the rodents their trying to rid themselves of with more food than poison. Yes, you have to hide the scent of the poison, and make it appear as natural as possible. But, you do not want to over do it and end up feeding more rats than you poison.

If you follow these pointers, you can’t fail in creating a delicious poison, irresistible to the furry menace invading your home.

Although this inexpensive method may be very effective it may leave you with extra problems on top if not done with the prudence and systematic execution.

The method of this poison is a gradual building of pressure in the organs or the rat, until rupture occurs, causing death. Meaning that it is not instantaneous. A rat may indulge in you poison to the deadly dose sufficient, but it may continue running around for an untold amount of time afterwards, who knows where its final place of rest will be?

This can cause massive expense in the end as some may crawl into inaccessible places, reach their demise, then remain in that spot decaying for some time.

I’m sure you are already thinking about holding your nose at just the thought of a decaying rat, whose death came by the inability to fart out its poison. So to prevent these events from happening inside the walls of your own house, in which the expenditure on your part would be some home reconstruction, you must create a baiting station.

A baiting station is essentially just a small housing for the poison, which both keeps the poison secure as well as making the rat feel safe in the area. There is still a likely chance that the rat could eat the poison and die much later, but any precautionary method that can be taken should be in the case of dealing with poisons and rodents.

If we are using a homemade solution for the poison, then we shall do the same for the bait station. The easiest method is to just create a secure area that the rat would want to remain in. So create the habitat they love, dark, cosy and warm confined spaces, and incorporate your poison.

PVC pipe cut off work wonders for this. You can also just create a small dens out of wood that would comfortably house the rats in their respite period before meeting their hairy maker.

Again, the top thing you can do is create the best version for your environment with what you have available. 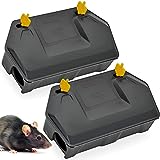 To beat a cunning foe such as the pesky rat, you must think like, understand and observe what would be your best course of action.

So utilise the cognitive ability we have been unfairly given as an advantage, because this perpetually growing army will use everything else to their avail.

Jordan is a full-time writer from his home in Southeast Europe. An avid outdoors-man and backpacker, he has gathered a plethora of tips and tricks for dealing with all sorts of pests.

What Do Rats Eat?

Rats, despite what you may have heard, aren’t exactly picky when it comes to what

How to Get Rid of Mice In The Walls

Have you recently begun hearing scratching noises coming from the walls of your home? If

If you suspect that rats are infesting your home, beware: they are more than just

How To Get Rid of Rats: 6 Effective Methods

Rats are far from being rare – quite the opposite, actually; they’re pretty common worldwide.

How to Keep Mice Out of Camper

Send us a message

DailyPest.com is a participant in the Amazon Services LLC Associates Program, an affiliate advertising program designed to provide a means for sites to earn advertising fees by advertising and linking to Amazon.com.